Golden Homes Christchurch have put their money where their mouth is by signing a three-year agreement to become the naming rights sponsor for cycling classic Le Race.

Dean and Nicki McGuigan, owners of Golden Homes Christchurch, are both keen cyclists and have competed in Le Race. Dean has also completed the famous Five Passes tour.

“Having done Le Race ourselves a few times, we jumped at the opportunity to support the event when it became available,” says Nicki McGuigan.

“Golden Homes Christchurch are proud and excited to be involved.”

Like many sporting events, Le Race organisers and competitors have been through two rollercoaster years due to Covid 19 restrictions, but race owner Sheree Stevens refused to let the famous classic become another victim of the global pandemic.

“The thing that kept us going was the support from people like Nicki and Dean and others in the cycling community who helped us pull a rabbit out last year,” says Sheree, who managed to stage the race in 2021 on a shoestring budget after Le Race had to be postponed twice times in 2020.

Thanks to the support of Golden Homes, Stevens has confirmed the 23rd edition of the iconic ride from Christchurch to Akaroa for March 19, 2022, and is expecting the field to feature stars from around the country.

“I know that many cyclists up and down the country had been training for two years, but were not able to travel to Christchurch last year, so we hope to see some many familiar faces from up north chomping at the bit to take on our local heroes,” says Sheree.

Dean McGuigan has competed in the Five Passes Tour and still climbs the Port Hills most weekends, but the couple are undecided whether they will join the peloton for the next Le Race or whether they prefer to show their support and cheer the riders on from the curbside this time around. . Dean says that Le Race is an iconic cycling race and getting on board to support an event that is so close to their hearts was a no-brainer. “We find the cycling community to be a great group of people that have a positive and fun perspective on life. These are attributes that align with our business, so it is a perfect fit,” says Dean.

“I could not have wished for a better company to be aligned with Le Race,” says Sheree.

“Dean and Nicki get what Le Race stands for. They’ve been there and done that, so I am looking forward to building an amazing partnership over the next three years.” 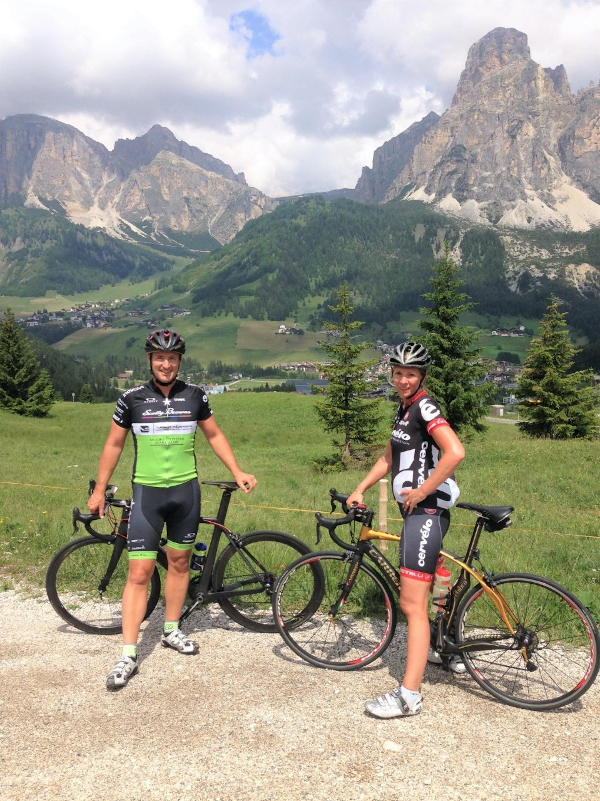